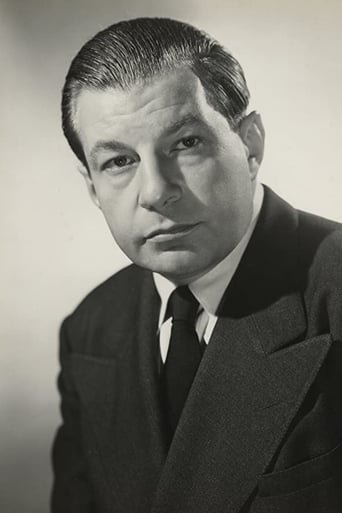 From Wikipedia, the free encyclopedia Stefan Schnabel (February 2, 1912, Berlin, Germany – March 11, 1999, Rogaro, Italy) was an actor best remembered for having portrayed Dr. Stephen Jackson for sixteen years on the CBS soap opera The Guiding Light, on which he appeared from 1965 to 1981. In addition to his television work, Schnabel appeared frequently on the stage, including playing the role of Metellus Cimber in Orson Welles's "Blackshirt" stage version of Shakespeare's Julius Caesar, set in Fascist Italy, in 1937. (Welles himself played Brutus.) Schnabel was also in over sixty films, including The Iron Curtain (1948), with his last role in the 1990 film Green Card. He also played the Soviet First Secretary in the 1982 Clint Eastwood suspense thriller Firefox. He was the son of famed classical pianist Artur Schnabel. Description above from the Wikipedia article Stefan Schnabel,licensed under CC-BY-SA, full list of contributors on Wikipedia.